Why have we chosen the name, Quartet Exquis? Is it because we think we play 'exquisite' music?

Well, that may or may not be the case, but it is not the exact reason. No, the word 'exquis' is a reference to a word game called 'Cadavre Exquis' that was devised by the Surrealist art movement. Each participant in 'Cadavre Exquis' could add only single word, not knowing what word had preceded their own. There were simple rules. The words would have to conform to a regular pattern - an adjective, followed by a noun, followed by an adverb, followed by a verb - for instance. The result, so typical of the Surrealist spirit, were fantastical juxtapositions, hilarious jumps of logic.

Quartet Exquis use a similar process of composition, playing without knowing what the other members of the quartet have contributed. How or why do we do this? The Portuguese contrabass player, João Madeira has long been fascinated by the Surrealists, and derived the idea for this project as a musical equivalent of Cadavre Exquis. When the lock-down caused by Covid-19 ravaged the live music scene, he invited three musicians to join him in a recording project based on this idea: cellist Helena Espvall, clarinettist AnnaMarie Ignarro, and Noel Taylor on bass clarinet, joined with him to implement this experiment. All four of the quartet are experienced improvisers.

What were the 'simple rules' that we followed to make our recordings? We began with each member making a solo recording, and then sending that in turn to each of the other three. Each player responded to the solos, without knowing the response of the other two, and then sent back their own individual track to João Madeira, who assembled the four pieces of music together.

We then decided to make a piece of music where we had no idea whatsoever what the other person was playing, apart from the tempo, which was set. Then, in a final evolution, we decided to emulate the classic ABA form by using two tempos - fast, slow, fast - but still following the same principle of not knowing what the others had contributed . Helena Espvall and AnnaMarie Ignarro provided the A section, and we all collaborated on the B section. To balance the contributions of the four members, João Madeira and Noel Taylor were combined together at a specified tempo, as if playing a duet.

We were amazed by the outcome of this process. Listening to the music that resulted, we feel that we have stumbled on a method of collective composition that is entirely novel and distinct, both from collective 'free improvisation' performed in the moment, and the traditional 'heroic' individual composer working on his/her own. Without the pandemic during 2020, and the resulting restrictions, we doubt whether this would ever have happened.

We are currently finalising the CD with the title, 'Da Multiplicidade do Vácuo'. 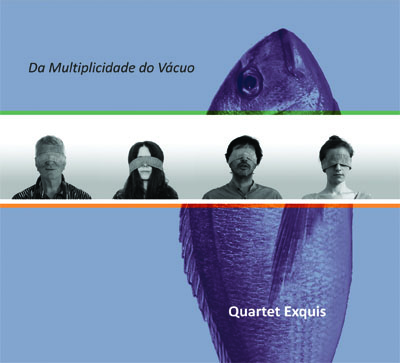 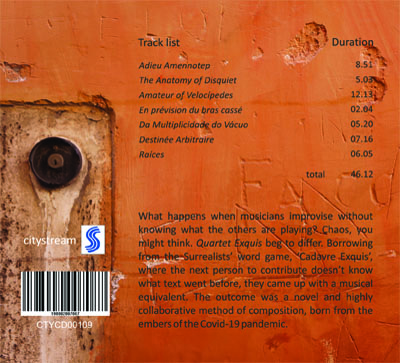 HOW THE ALBUM WAS MADE